With SRS, the full radiation dose is delivered in one session. Though it’s called radiosurgery, the procedure does not involve any cutting or incisions. It involves very intense and focused radiation beams. Most patients can be treated as outpatients, and can return home immediately after the procedure.

SBRT/SABR
Stereotactic Body Radiotherapy or Stereotactic Ablative Body Radiotherapy is a novel approach utilizing a small number of treatments to eradicate a tumor that cannot be removed with surgery due to either the location of the tumor or the medical condition of the patient. The most common tumor sites addressed with this technique are lung, liver, and spine. SBRT is very similar to SRS, but instead of being completed in a single session, the dose of radiation dose is delivered over a course of several treatment sessions, instead of all at once.

SBRT involves a very specific treatment planning process with custom patient immobilization to maximize accuracy. Often times the patient is treated in a device that restricts respiratory motion to minimize the target/tumor movement. This is essential to reduce the potential side effects of radiation.

The treatment is typically given in three, four, or five fractions – with treatment given twice a week. The sessions usually last for 20-30 minutes. 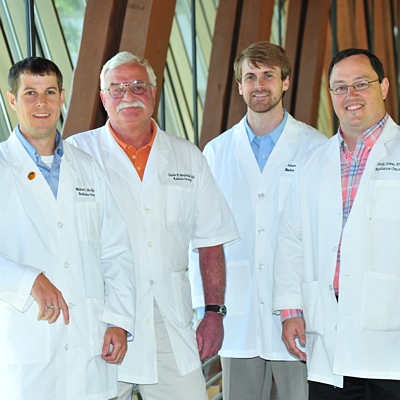